How to Test-Shoot Your New Pump-Action Shotgun Safely

If you've just purchased a pump-action shotgun for home safety, then it is a good idea to test-shoot it. However, if you're not a gun expert, and this is your first firearm, then you might be nervous. However, it's not a good idea to just store the gun away in your house and never figure out how to use it. That can be dangerous. Should the time come that you need to take the shotgun out, you want to know how to safely operate it. Here is some information on how you can test-shoot it.

The best place to shoot any weapon would be a firing range. However, it's a bit tricky to find a firing range that will allow a shotgun. Most firing ranges are designed for handguns and rifles that fire single bullets. A shotgun fires a spray of bullets (buck shot, for instance), which takes up a wider space and hence can be more dangerous. There are some places that will allow this, but you have to ask ahead of time and not just show up with your pump shotgun.

Another great choice is to use a large area without homes (either your own private land or a friend's). If you have access to that land, you should always shoot into a dirt embankment or some other sort of backstop. You never want to fire into the woods not knowing what is there.

Keep the Plug in the Magazine

There are laws that require the "plug" to be in the shotgun so that it can be "loaded" only with two shells when you are out hunting or target shooting. In your own home, you can remove the plug, but in the outside world, you cannot walk around with the plug removed. So, if you have removed the plug, you need to put it back in. The gun will still let you shoot, but you will limit the capacity so you can't pump one round after another like in an action movie. You will have two shells, and then you will need to reload.

Use a Bandoleer for Bullets

Instead of carrying a box of shells, just wear a bandoleer and place the shells in the bandoleer. This is a simple way to carry the shells without a box.

Shotguns are loud, so it would be a good idea to bring along a pair of ear buds designed for shooting. If you are going to be outside at a range, you might be able to rent some, but if you're going on private land, you will have to bring your own. You can get earbuds, or if you prefer to not place things directly in your ears, you can use the large noise-canceling earmuffs sold in hardware stores for when you work with chainsaws or other heavy equipment.

Talk with a company such as 3five7 Arms to learn more. 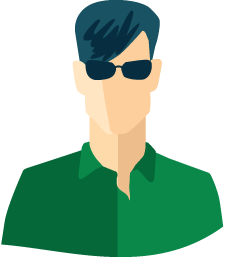 When my son told me that he wanted to join the football team, I was taken back a bit. My son never showed any interest in playing any sports and hearing that he wanted to join a sport that was so potentially dangerous made me pause. It was that moment that I started looking for all of the safety gear that I could possibly find. Did you know that there are several different types of mouth guards, pads and safety gear for you to choose from? I spent weeks looking into every single piece of safety gear that I could find and created this blog with what I have learned.